FALSE Unless it’s the 1700s or early 1800s. (My calendar says it’s not.) The vast majority of Quakers gave up the almost-uniform historic plain dress over a century ago. Today, you probably cannot tell who is or isn’t a Quaker as they walk down the street—unless, of course, they’re wearing a t-shirt that says “Young Friends” or gives their Meeting’s name.

Friends have a testimony to plainness, sometimes now referred to as simplicity. For most Friends, this manifests itself in dressing unaustentaciously. Some may wear little or no jewelry, especially those concerned with the use of slave labour in diamond mining. Some may not wear clothes made in a sweatshop out of concern for garment workers’ rights. Some may not wear shirts that have writing on them, preferring solid or checked. Some may be out of fashion, preferring to mend old clothing so it lasts as long as possible or shop at thrift stores to avoid using more resources to produce more clothing. These individual choices do not fall outside the realm of the usual variation in style you’ll find as you go about your day.

Historically, the above concerns for workers’ rights (especially in the days of slavery) and resource use along with the avoidance of vanity as a distraction have underpinned Quaker plain dress. Dyes being the product of slave labor would also have been a concern, historically.

There are a few Friends who adopt historic plain dress after a leading (a strong sense of calling), but it is uncommmon. Even within Quaker meetings they may find hostility from people who think they’re trying to be “more Quaker than thou” or that by sticking out they are defeating the purpose. It should be noted that though it is referred to as “historic plain dress,” modern plain-dressing Quakers are generally not wearing reenactor-level historical clothing, as much as they are emulating the styles while using modern construction methods.

Teenage Quakers may have a look about them, like you’d expect to see them at an anti-war protest or something. Here are some Young Friends from Baltimore Yearly Meeting playing a game called Wink (US) or Ratchet Screwdriver (UK). 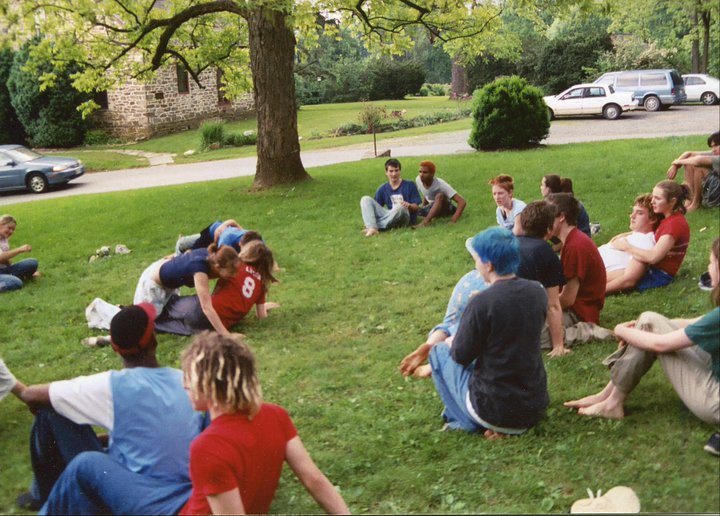 A history of Plain dress among Quakers, and a comparison with the “New Plain” can be found from Brooklyn Quaker.